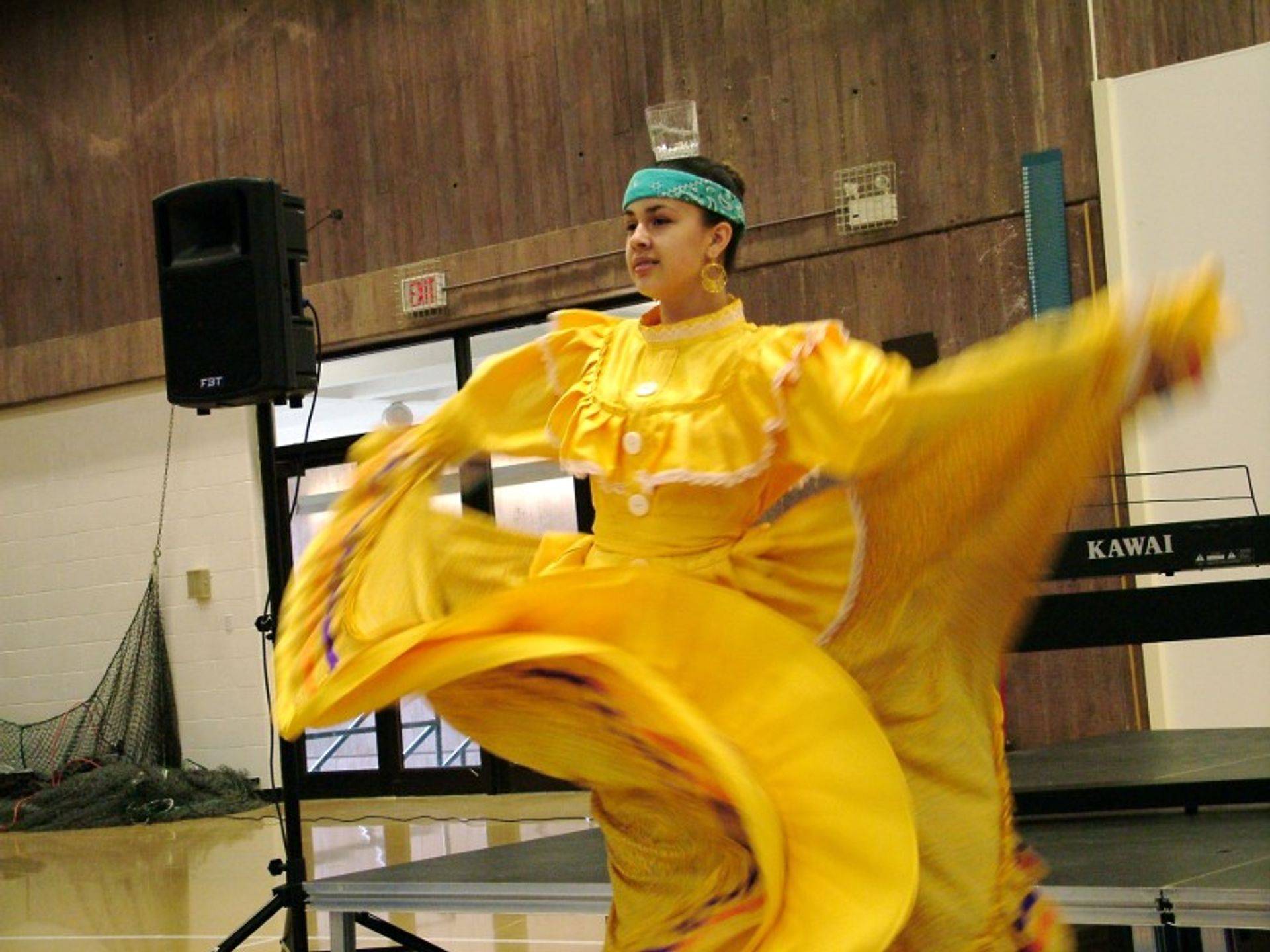 The mission of WYCO Ethnic Festival is to foster a climate of inclusiveness, promote relationships and contact between people, and educate each other about our common humanity.  Any ethnic group or organization with people who live, work, or have educational ties to Wyandotte County are invited to sell ethnic food, clothing, or other approved items. In addition there will be wonderful dancers and vocalists performing traditional ethnic music. There are activities for children and their families under the Children's Tent in the Field House.

After a 30 year hiatus, the rebirth of the WYCO Ethnic Festival was started anew in 2006.  The idea was that of Ms. Karen Hernandez, a KCKCC Board of Trustee in collaboration with Professor Melanie Scott, the Director of the KCKCC Intercultural Center.  Hernandez believes the more we get to know our neighbors, the better we come to understand each other, and "Reclaim our Common Humanity." With the many challenges facing the global population of humans, it is easy to become disillusioned. We often forget to simply stop and rethink the overpowering tendency to become negative and retool our brains by making positive connections with all members of our human family, our brothers and sisters, from all parts of the world.

Karen derives her inspiration from the dream of Dr. Martin Luther King who asserted that making connections between people is the first step in making our world a more peaceful place. King referred to this vision as "Our Beloved Community" where people gather together and listen to each other in order to reach a better understanding of what we all have in common that is good.  King believed people could eventually learn to live together peacefully.  The festival is a way to cherish the extraordinary diversity of WYCO while also celebrating our common humanity. Moreover, it is a way to create a climate of peace, justice, and unity, so vital to the sustainability of humans on Earth.

Another big influence on the idea of the festival comes from Professor Ed Chasteen, the "Pedalin' Prof" from William Jewell College. That's the name Disneyland gave him when he arrived after pedaling over 5,000 miles across America alone and without money.  Ed was told he couldn't be active over 35 years ago because he had multiple sclerosis, but he is still pedalin' and facing down hate. Ed is founder of HateBusters and the Human Family Reunion at William Jewell.

The rebirth of WYCO Ethnic Festival was forecast with the origin of the KCKCC Intercultural Center in the late 1996. The impetus for this came from several faculty in the Social and Behavioral Sciences, Dr. Morteza Ardebili, Melanie Scott, and Dr. Charles Reitz.  Intercultural Center committee members embraced inclusiveness in a powerful way ensuring diversity efforts be permanently incorporated into the institutional fabric of KCKCC.

Melanie Scott charged one member of the Intercultural Center with the task of organizing the ethnic festival.  Dr. Curtis V. Smith, a Professor of Biology at KCKCC, whose mother is a war-bride from Florence, Italy, took to the task based on his passion for the educational benefits of multicultural awareness.  Smith recognized that the mission of the festival fit exquisitely with the Mission of the College which is to "provide a multicultural environment that reflects and respects diversity and seeks to increase understanding and appreciation of difference.  The Values Statement of the College is to "commit itself to an appreciation for multicultural education, respect for diversity, and enhancement of positive human relationship among its students, faculty, staff, and the community at large."

Slowly inclusiveness has taken on many other facets of diversity besides race, class, ethnicity, and now includes age, sexual orientation, and religion. The WYCO Ethnic Festival: A Human Family Reunion" is a natural extension of this idea of inclusiveness, of building community on campus, but not just for a region that is to be served, it is truly working for the purpose of creating a peaceful climate among all humans.

Board Members and Officers 2018: